Home Theology There Are No Unicorns in the Bible
Theology

There Are No Unicorns in the Bible

The scientific name of the Indian Rhino is “Rhinoceros unicornis” because of it’s single horn.

Internet atheists want you to believe the Bible is just a bunch of fairy tales because it mentions creatures that are mythological, such as dragons and unicorns. I first learned about the unicorn passages in high school right after I converted and I thought this was weird but it didn’t really change my mind about the Bible. And eventually a pastor friend of mine gave me an answer to the unicorn question which I though was totally reasonable (short answer: unicorn is Old English for a one horned rhino).

After looking more into the topic on my own for the very first time today I can easily see where the misconception and actually it is slightly more complicated than the rhino answer and I just wanted to write a very short article on the topic. Hopefully you find this useful.

Dogmatic Rejection of Reality
First of all let me just mention the silliness that some of the brothers and sisters find themselves in because they are too over devoted to a strict literal interpretation of a 400 year old Bible translation. If you Google “unicorns in the bible” there are countless articles will come up saying that “if God’s word says unicorns existed, then they clearly existed but don’t exist any more and if we never find evidence of them we just need to trust God.” On the one hand I really appreciate the trust in God’s judgement against any opinion from humans. However, on the other hand and unfortunately taking kind of very literal and simplistic point of view is unnecessary because all you need is to apply a little critical thinking to find a simple answer to this question. 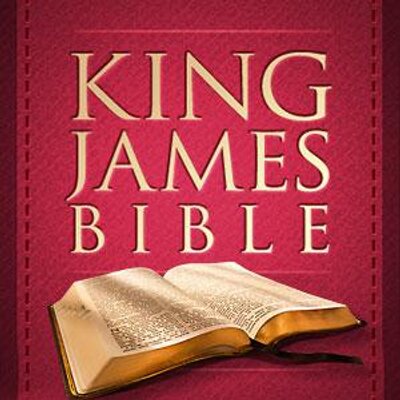 Isaiah 34:7 King James Version
7 And the unicorns shall come down with them, and the bullocks with the bulls; and their land shall be soaked with blood, and their dust made fat with fatness.

Isaiah 34:7
Wild oxen shall fall with them,
and young steers with the mighty bulls.
Their land shall drink its fill of blood,
and their soil shall be gorged with fat.

Isn’t that interesting? Where the King James says “unicorn,” the more recent Bible translations say, “oxen.” Now, someone who is committed to the King James will say, “the new translations changed the pure King James to make it more acceptable to modern man.” But that’s just not the case. Biblical Hebrew is a very ancient language and there is much about the language that’s gotten confused over the years so as we study the original languages more and our understanding becomes clearer, sometimes it is necessary to update the English translations so that they are closer in meaning to the words and intentions of the original authors of the Bible from the original language. So now as I enjoy doing, let’s look at the Hebrew that is going on behind the scenes.

The bones of a unicorn, an aurochs a species of giant cattle that went extinct around the middle ages.

The Hebrew word translated as unicorn in the KJV and oxen in the ESV is re’em and it definitely means oxen. How do we know it means oxen? To understand this let me first explain what a cognate is. Cognates are words in different languages that look the same and have the same meaning. For example the Spanish word “persona” is a cognate of the English word “person” different languages but the words look the same and have the same meaning. Now when we study the languages of the people who lived around Israel in Biblical times we find cognate words and we can then come to know the Biblical language better. In the Akkadian language there is a cognate for the word re’em which is, rimu. Rimu refered to a very specific kind of cattle called aurochs. The aurochs is now extinct but when it was alive it was a kind of giant cattle that lived in Africa, Europe and the middle East.

So where did “Unicorn” come from? 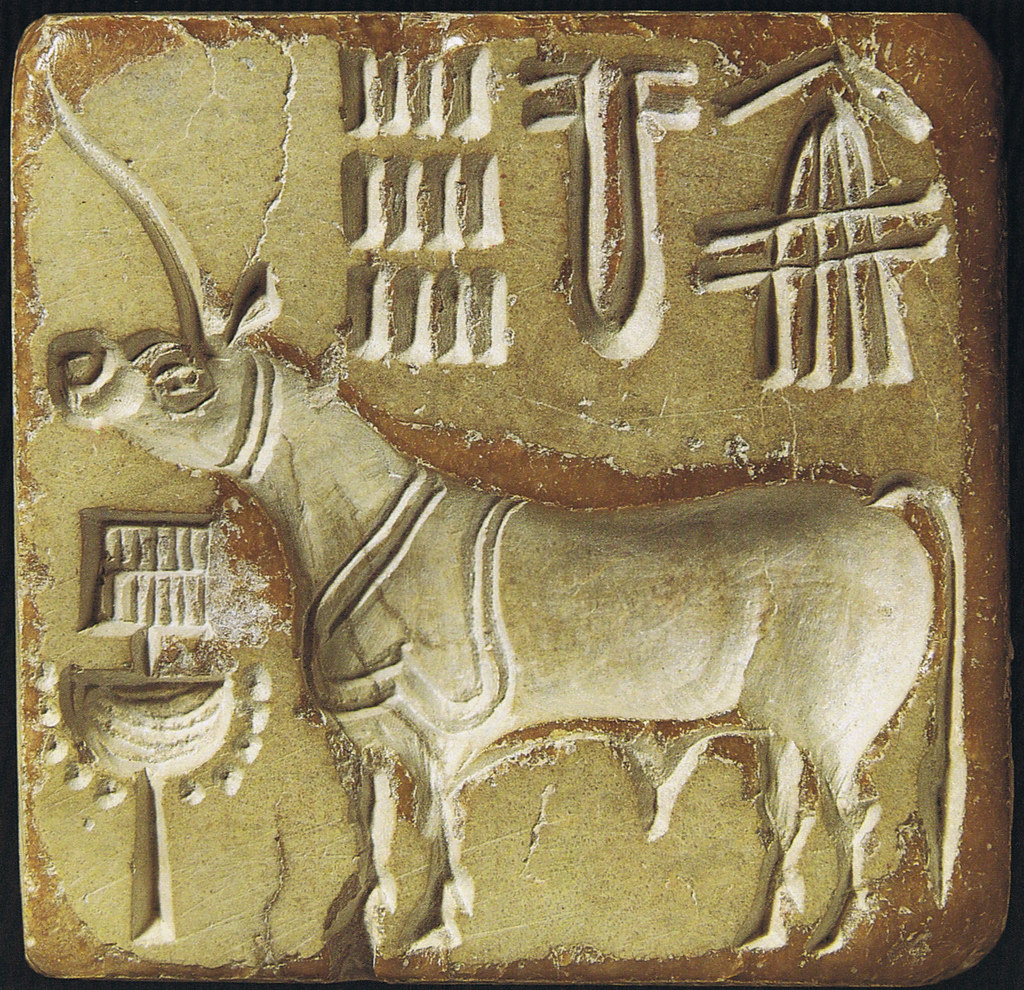 One example of a Babylonian drawing of a rimu which seems to show show them with one horn because the creature is in profile.

In the Greek translation of the Old Testament for some reason re’em was translated as “monokeros ” which literally means “one horn.” They got the idea that the aurochs had one horn from Babylon drawings that showed the oxen in profile and so it appeared they had one horn. Later when the Bible was translated into Latin and then English “monokeros” became “uni-horn” or “unicorn.” And presumably the folks who translated the King James had the one horned rhino in mind when they translated the word this way.

Conclusion
I know that there won’t be many skeptics who look this up and then stop repeating this nonsense against the Bible, they tend to be very close-minded about the Bible. But I hope I’ve at least shown you dear reader that 1) this isn’t a problem with the Bible at all only the King James Translation 2) it’s really easy to see where the misconception comes from and we need not be skeptical about the word of God because of some “unicorn” threat.

Thank you for reading,

At the age of 16 Isaac had a spiritual experience that brought him to a saving faith in Jesus. His mission in life is to reflect Jesus to his hometown of Ogden, Utah. Isaac has a BFA in Visual Communication from Weber State University and he has special training in Design for Social Impact from the NYC School of Visual Arts. In 2015 Isaac started O-Town Kitchen, the first benefit corporation in Weber County. His ministry experience includes teaching youth Bible study and weekly preaching at soup kitchens as well as technical support for congregations. Isaac’s special area of research for Walking Christian are Ancient History, Social Impact, and Biblical Studies.

Should We Hate the Sin, But Love the Sinner?

The Greatest Version of the Problem of Evil

What Should I Name My Church? BIBLICAL Practices...

You Should Feel Guilty For Sin

What Exactly are Demons Made Out Of?

Should Christians be Vegetarian?

The Unknown Origins of Demons According to the...

Why Did God Create the Tree of Good...

Unicorns are mentioned 9 times in the Bible. Don’t you think God knows what he was talking about, specifically unicorns. No rhino or wild ox. He said Unicorn.

No he didn’t you goof. Do you think the Bible was written in English? It wasn’t it’s Hebrew, some Aramaic and a little Greek. There are no unicorns in the BIBLE but there is a mistranslated in the King James.

I was disturbed by the mentioning of unicorns in the bible! Because I know them to be mystical creatures! That’s why I wanted to know. When unicorns were inserted into the Bible. Because I felt in my spirit! That they were not always there. And when I came across them in the Bible. My spirit was at odds with it. Thanks for the detailed explanation! It was much appreciated! Blessings to you and yours!
Love Princess Shelda
Child Of The King

Issac Farley – So the King James bible I was taught at school is inaccurate, can you tell me what else is incorrect. There I was thinking it was the word of god!!!!!!

First, please understand that the word “translation” should never be applied to the King James “version” of the Holy Scriptures. It is not a literal “translation.” There are numerous versions of the Holy Scriptures but that’s all they are. As we all know, there are three versions of the Truth — yours, the other person’s, and the Truth.
There is, however, a literal translation of the Holy Scriptures produced by Biblical scholars who used various manuscripts, Codexes, parchment pieces (or whatever that paper’s called), and the Dead Sea Scrolls to produce an accurate translation of God’s Word. JW.org has many different “versions” available for those interested in comparing what is accurately TRANSLATED with the “versions” that men have corrupted.